We are English-speaking Orthodox Christians in and around Peoria, Illinois, and in the Diocese of Chicago and Mid-America of the Russian Orthodox Church Outside of Russia, who, with the blessing of His Emminence Archbishop Peter, have established this mission - a Eucharistic community of servants of Jesus Christ worshiping together in Spirit and in Truth.

May all visitors feel welcome and depart blessed as we serve God together within the spiritual richness of fully-preserved Apostolic Tradition and community, which is the Orthodox Church, being continually restored thereby into the likeness of our Great God and Savior Jesus Christ.  Amen.

Click here for our listing in the ROCOR directory

2. About the Orthodox Church The history of the Orthodox Church actually begins in the Acts of the Holy Apostles, with the Descent of the Holy Spirit: When the day of Pentecost had come, they were all together in one place. And suddenly a sound came from heaven like the rush of a mighty wind, and it filled all the house where they were sitting. And there appeared to them tongues as of fire, distributed and resting on each one of them. And they were all filled with the Holy Spirit and began to speak in other tongues, as the Spirit gave them utterance (Acts 2:1-4). As the text further tells us, on that same day, after St. Peter had preached to the gathered people, those who received his word were baptized, and there were added that day about three thousand souls (Acts 2:41), thus constituting the first Christian community at Jerusalem.

This first community of Christians, headed by St. James, the Brother of the Lord the first Bishop of the city was later scattered by the persecutions which followed the stoning of the first martyr of the Christian Church, St. Stephen: And on that day a great persecution arose against the church in Jerusalem; and they were all scattered throughout the region of Judea and Samaria, except the Apostles (Acts 8:1).

At the same time, faithful to the Lord's command to go...and make disciples of all nations, baptizing them in the name of the Father and of the Son and of the Holy Spirit (Matt. 28:19), the Apostles went out and preached wherever they went, first to the Jews and then to the Gentiles, so that in a surprisingly short time, Christian communities had sprung up in all the main centers of the Roman world and beyond. Their exploits are recorded in the Acts, as well in the inner tradition of the Orthodox Church.
...
Click here to read more

3. History of the Russian Orthodox Church Outside of Russia (ROCOR)

The Russian Church has had a part outside of Russia for about two centuries. The preaching of Christianity to the pagan tribes of Asia involved the founding of missions which became in the course of time dioceses in China and Japan. The spreading of Orthodoxy among the pagan population of the Aleutian Islands and Alaska and the establishment of the Mission, and then dioceses for North America, were a continuation of the preaching in Asia. In Western Europe, beginning with the 18th century, churches were built at first at the Russian embassies, and then separately from them in those places which were visited by Russians in their trips abroad. All these churches were considered to be in the diocese of the Metropolitan of Petrograd; most recently they were directly dependent on his vicar, the Bishop of Kronstadt. None of the Eastern Patriarchs, whose authority has been highly respected by the Russian people, and likewise none of the other heads of the Orthodox Churches, ever protested against such a spreading of the Russian Church. If according to the Church canons a duration of thirty years is sufficient to cause a church or a place to belong to that diocese which in the course of those years was in possession of it, then all the more must one recognize as undisputed the right of the Russian Church to those places which have been cared for by her for many decades. One may say quite certainly that this question would never have been raised if the Russian Empire and with it the Russian Church had remained in its former power and glory, and if no misfortune had befallen them.

After the collapse of the monarchy, at first the Russian Church continued both within and without Russia to enjoy her former rights. But this did not last long. Soon persecution began. The Communist regime which soon came to power set as its aim the uprooting of all religion, which according to Marxist teaching is prejudice and superstition. The chief blow was directed against the Orthodox Church, to which belonged the overwhelming majority of the Russian people, and which had inspired them over the centuries from the very Baptism of Russia. Churches began to be closed, clergy were persecuted and murdered, and this turned later into systematic battle against the Church with the aim of exterminating it.
...
Click here to read more...


4. About the ROCOR Diocese of Chicago and Mid-America 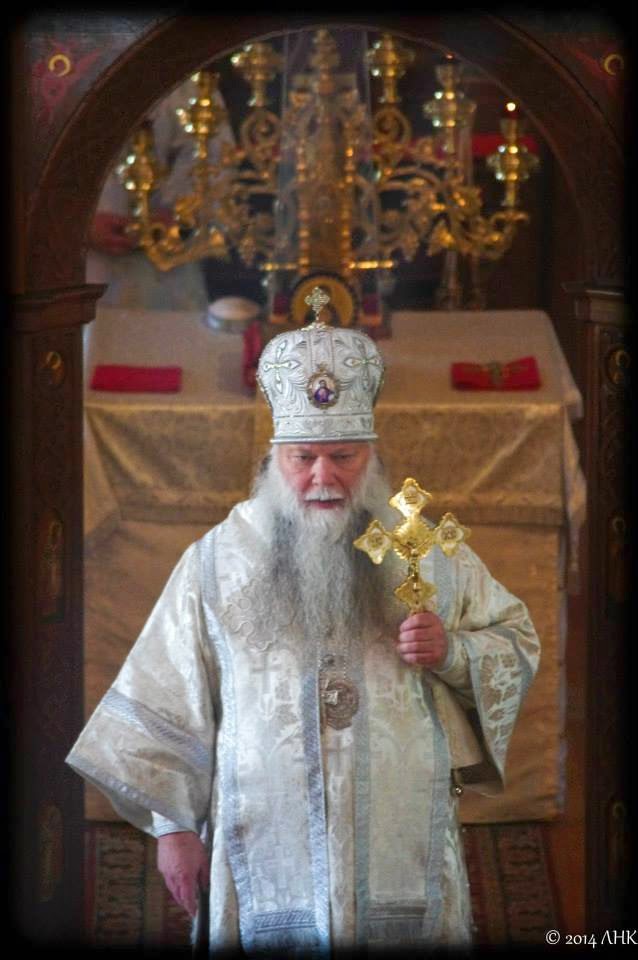 The Diocese of Chicago and Cleveland was established in 1954 by a resolution of the Council of Bishops of the Russian Orthodox Church Outside Russia.  Archbishop Gregory (Boriskevich) was appointed the first ruling hierarch of the diocese.

In 1957 Archbishop Ieronim (Chernov) of Detroit and Flint reposed in the Lord, and the small diocese that he headed was joined to the Diocese of Chicago and Cleveland, now renamed the Diocese of Chicago and Detroit.  Later that same year Archbishop Gregory passed away, and Bishop Seraphim (Ivanov) was appointed as the new bishop of the combined dioceses.  He presided for thirty years, reposing in 1987.

The History of Orthodoxy in America is complex and resists any easy categorizations or explanations.

A comprehensive timeline of the history of Orthodox Christianity in the American continents can be found here on orthodoxwiki.org.


6. Another Introduction to the Orthodox Church

The Orthodox Church was founded by our Lord Jesus Christ and is the living manifestation of His presence in the history of the mankind. The most conspicuous characteristics of Orthodoxy are its rich liturgical life and its faithfulness to the apostolic tradition. It is believed by Orthodox Christians that their Church has preserved the tradition and continuity of the ancient Church in its fullness compared to other Christian denominations which have departed from the common tradition of the Church of the first 10 centuries. Today Orthodox Church numbers approximately 300 million Christians who follow the faith and practices that were defined by the first seven ecumenical councils. The word orthodox ("right belief and right glory") has traditionally been used, in the Greek-speaking Christian world, to designate communities, or individuals, who preserved the true faith (as defined by those councils), as opposed to those who were declared heretical. The official designation of the church in its liturgical and canonical texts is "the Orthodox Catholic Church" (gr. catholicos = universal).

The Orthodox Church is a family of "autocephalous" (self governing) churches, with the Ecumenical (= universal) Patriarch of Constantinople holding titular or honorary primacy as primus inter pares (the first among equals). The Orthodox Church is not a centralized organization headed by a pontiff. The unity of the Church is rather manifested in common faith and communion in the sacraments and no one but Christ himself is the real head of the Church. The number of autocephalous churches has varied in history. Today there are many: the Church of Constantinople (Istanbul), the Church of Alexandria (Egypt), the Church of Antioch (with headquarters in Damascus, Syria), and the Churches of Jerusalem, Russia, Serbia, Romania, Bulgaria, Georgia, Cyprus, Greece, Poland, Albania and America.
...
Continue reading at the source